Remembering the PR Nightmares of 2017

As we close out the first month of 2018, the Aria team thought it would be fun to look back at some of the most cringe-worthy PR debacles of 2017. Unfortunately, there were many to choose from, but we thought these five really stood out from the pack!

The main lesson we can learn from 2017’s “PR nightmares” is that a bad response to a crisis can easily escalate the situation and make it even worse. It’s a best practice to develop a crisis communications plan well before your company has any issue to deal with. And, if a crisis does occur, work to gather all the facts before responding, and don’t lose your empathy for those affected. 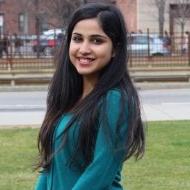