This year’s theme for International Women’s Day is: “better the balance, better the world.” Here at Aria Marketing we could not agree more. Working in healthcare-focused public relations and marketing, balance is something we are continually striving for; and while there is always room for improvement, we are proud to say more than 81% of Aria employees are women.

However, it is no secret that gender disparity has plagued our society for decades – and this imbalance has been especially notable when it comes to representation in the media. In fact, as recently as 2017, research out of The Geena Davis Institute on Gender and Media reported that men are spoken about seven times more than women in advertising; there are twice as many male characters in ads as female characters; and 25% of ads featured men alone – that in comparison to the 5% of ads that featured only women.

With that in mind, we wanted to highlight some of our favorite commercials of 2019 thus far that have put women front and center.

Walmart | They Have The Spark

Aria’s take: In celebration of International Women’s Day, Walmart took the opportunity to highlight some of the women who have shaped its business. Not only does the ad portray women in a professional light, emphasizing their intelligence and abilities – it also features real women who have achieved real success, making them relatable to the women who watch these commercials. Overall, it’s promising to see such a large company pay homage to the women who have helped grow and sustain its success.

Aria’s take: Bumble – a suite of apps made by women for woman –  supports and enables women in multiple facets of life including business, love, and friendship. The ad features Serena Williams – considered one of the greatest athletes of our time – as she narrates her road to success, notably telling viewers “Don’t wait.” Giving Serena a platform to tell her story strongly emphasizes Bumble’s message of empowerment, especially considering the ambition and confidence it must have taken for Serena to get to where she is today.

Aria’s take: Nike exposes the double standard women face every day, all while taking back the power from those who sling the word “crazy” at women for being visibly expressive. Nike’s commercial highlights female athletes who have defied the odds, showed leadership, and inspired future generations. We love the way Dream Crazier emphasizes the power women possess and the greatness they are capable of as a direct result of their passion and zeal.

We are really excited to see so many fantastic representations of women in marketing and beyond in 2019, as they all underscore International Women’s Day’s theme of “better the balance, better the world.” We are hopeful to see continued balance in the workplace, media, and beyond with further conversation and increased awareness. Let us know which commercial is your favorite in the comments below, or if there’s another you liked that we didn’t include already! 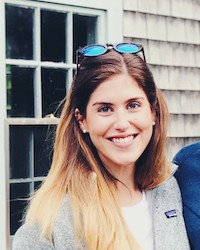