Everyone who works at Aria knows that the office wouldn’t be the same without our very own Aria veteran, Senior Vice President, Ross Homer. Ross recently celebrated his 5th Aria work anniversary. For those who may not know Ross, he brings a wealth of knowledge and experience to his role at Aria. I decided to sit down and ask him to share some of his insights gathered from almost two decades in the PR field. So, Happy Anniversary and here’s a blog all about Ross!

Regarding Your Five Year Plan…

Most everyone knows the value of having a “five-year plan.” When I asked Ross about this topic, he explained that you should always be open to adjusting the plan as you go.

Many people don’t realize that Ross worked at Aria many years ago as a Senior Account Executive before setting out to try his hand at in-house PR. While he was away, Aria went through a major evolution when it was bought by then-Aria Vice President, Scott Collins. Scott reached out to Ross and offered him the chance to come back to Aria as a member of the new leadership team. At that point, Ross realized his five-year plan needed some adjusting.

When asked what convinced Ross to come back to Aria, he stated, “It was the people.” He says the people you work with can “make or break” your experience and it’s crucial to like who you’re working with. Ross went on to explain that the decision was not easy; especially the idea of leaving an established company for the “unknown” (aka a company going through a major relaunch). But now, five years later, Ross said that coming back to Aria was the best professional decision he ever made, due, in large part, to the people he gets to work with daily.

Looking back at his college years, one piece of advice that Ross emphasized is to put thought into what you actually want to do post-graduation. He explained that many people think that once they graduate, everything will sort itself out and fall into place, however that is rarely the case. From personal experience he stated that “a liberal arts degree is all well and good, however it doesn’t always prepare you for what is to come in the real world.”

Given Ross’ work experience, I asked him if there was any advice that he would give to new prospects looking to get into the PR field. His reply emphasized the importance of internships, internships, and more internships! Figuring out what you want to do for the rest of your life is no easy decision, but internships are a great way to give you a flavor of what it’s like to work in the profession without the need to fully commit. The PR world, in and of itself, can be difficult to navigate. Deciding between agency or in-house, general or focused PR, etc. is challenging unless you’ve interned at a variety of places to get your feet wet and learn what each has to offer.

Skills That Translate Into Daily Living

Ask any professional and they will most likely say that at least some aspects of their job are stressful. PR is one of the more stressful professions due to a 24-hour news cycle and deadline-driven reporters (and clients) with high demands. Being able to meet client and reporter needs requires coping and listening skills and a great deal of empathy; especially important when handling the more difficult situations that often arise in PR.

The saying, “You never know what life will throw at you,” is very much true in this profession. Every day brings new excitement and challenges. However, a great thing about the PR skill-set is that much of it is transferable to the non-professional world. Ross says, “When I find myself in a difficult situation in my personal life, I often turn to my PR toolkit for resources to tackle it.”

Ross says that the main reason he chose to focus his PR career on healthcare was to make a positive impact on an industry that touches all of us. Working alongside clients that are striving to improve healthcare in the U.S. helps keep him motivated. “Knowing that you’re making a difference is one of the job’s greatest rewards and I enjoy doing it on a daily basis.”

Be sure to check The Pitch for future blogs posts about our Aria Veterans. Follow us on Facebook, LinkedIn, Twitter and Instagram to stay up to date on the latest news and happenings from Aria. 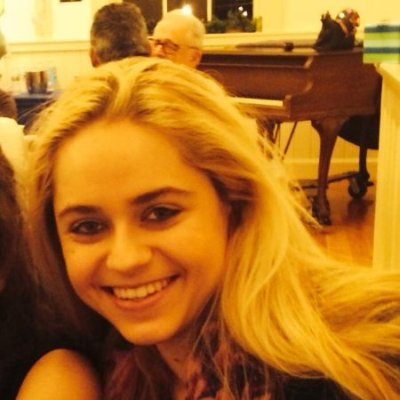