As a healthcare public relations agency, we at Aria Marketing are certainly no strangers to reactive pitching opportunities. When the Department of Health and Human Services releases a new draft plan, we are ready to pitch our clients’ expertise on how the rules might impact the industry. When a new data breach is reported, we know which reporters will want to hear from an expert on what went wrong and how other organizations can prevent such an incident. However, while politics and healthcare are deeply intertwined, it is not every day that we pitch a client to discuss a potential national security threat. The U.S. drone strike that killed Iranian general Qassem Soleimani in January, however, presented that opportunity.

Aria client CynergisTek is a cybersecurity, privacy, and compliance consulting firm. Its new president and CEO, Caleb Barlow, came to the company in the summer of 2019 from IBM with deep knowledge of the security industry at large. Caleb had previous experience responding to destructive “wiper attacks” launched by Iran, in which an entire IT infrastructure must be rebuilt and new hardware must be purchased.

With Soleimani’s passing, Caleb conjectured that Iranian cyberactors – either rogue or state-backed – could hit the U.S. mainland in retaliation. He posited that under-resourced entities, such as hospitals and city/state governments, could be prime targets for wiper attacks. As a result, we embarked on a rapid response media campaign pitching Caleb as a thought leader on this threat.

Aria developed a series of nuanced pitches for a variety of publications and outlets, including local and national broadcast stations, national business and general interest online and print publications, as well as healthcare and security trades. Once the initial wave of hard news on Soleimani passed, the media began reporting on the potential fallout. To capitalize on this moment, the team hit the phones, as broadcast networks in particular typically run stories through their assignment desks first. Madeleine Smith, account coordinator at Aria, connected with CBS Boston station WBZ-TV, and shared the full details of what a potential segment would look like. Juli McDonald, a general assignment reporter for WBZ, reached out to Madeleine around 5:00 p.m., expressing interest in the story for that evening’s broadcast.

From there, the team moved fast to make the segment possible, getting in touch with Caleb to coordinate time to film the interview at the CBS Boston studios. Within a couple hours we had him onsite and on camera. In the segment, Caleb explains what wiper attacks entail and how various organizations could be affected – but also level-sets expectations to avoid creating unnecessary hysteria on the part of the viewers. The piece aired in the 11:00 p.m. news hour on Wednesday, January 8th, and you can view it yourself here.

Are you looking to work at a fast-paced Boston public relations agency? We are hiring at the account coordinator level! Email a resume and cover letter to Danielle Johns (djohns@ariamarketing.com) to apply. 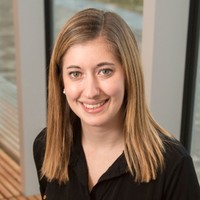